I had been emailing with AJ about Audi's (see previous post) S4.  I liked the S3, but with numbering like A5 and S3, I wondered what moving "up" the number system would mean in terms of car.   He had arranged to have an S4 ready for me to take for a drive. 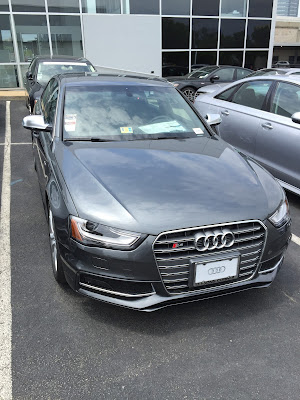 I took this baby out.  The Audi at Tyson's has an "Extended" drive path, going out on the Toll Road for a bit, then beyond Wolf Trap and some of the backroads there.   It's a fun drive.  The S4 has a lot of get-up-and go.      In thinking back, the S3 had what I can only describe as a slightly odd feel, in that the engine felt like it shivered occasionally, and while powerful, it wasn't always smooth.   The S4 eliminated all of that, and the engine certainly was responsive. 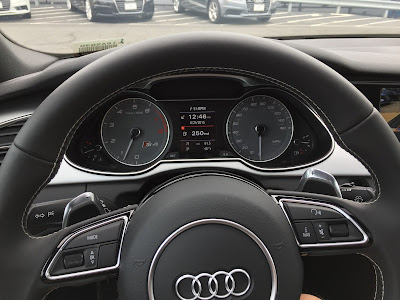 The S3 dash has a "retro" feel, with large round vents and a pop up screen.   Admittedly, I don't like that as much the more I thought about it, and the S4 has as much more traditional dash.

AJ then showed me a S3 in the back to show the blue which is the best of the looks: 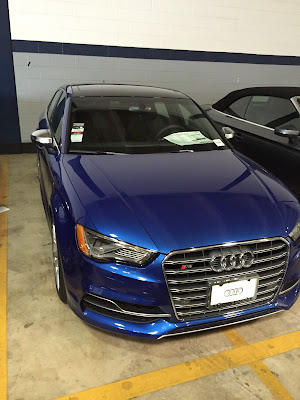 I think Audi has shown me their line now -- I was underwhelmed by the A5, and while I liked the S3, wasn't blown away by it.  The S4 seems the lead from the Audi line right now.   I won't compare brands yet -- let's get through all the brands before I start comparing.