My Facebook contribution has gotten political.   I know my own tone has switched from just fun, light hearted stuff and business related things to much more opposition to political change.      In that time, I’ve noted at least two occasions where someone has posted a “Get over it” note (and then deleted it — yes, I saw it), and now, I’ve had another leave that comment online.

What is “moving on”?  Allowing the government to do what they want?   To be unopposed?

Would you prefer to just ignore the facts of what is happening?

One of the recognized problems with recent information online is that “fake news” has taken too much of our conversation and mindshare.    I’ve always considered that I am very careful about the news and information that I curate. I select sources that I consider strong, accurate media sources, typically the  New York Times or the Washington Post (which I subscribe to).   If you do not like my curations, that is your choice — but the goal is to stay informed and not allow actions that I do not consider “normal” to go by unchecked.

Prior to this election, I believed that my vote was enough to influence the discussion, and that ultimately, that what I viewed as sensible, educated minds would prevail.

This is my space to voice my opinion.   If you don’t like it — that’s absolutely your right, and you aren’t compelled to agree with me.  My ask has always been that you consider the opinion, as I will consider yours.   Do you believe I curate and try and deliver value?   Is it possible there is something to consider in the information you are seeing?    Do you believe I have some level of intelligence and have questioned the source before sharing the information?    However, “just get over it” is dangerous in a free society, and no, I won’t do that.

I’m taking action too — this isn’t just a series of Facebook rants.   So far, I’ve joined the ACLU and the Southern Poverty Law Center, with monthly contributions (not just one time contributions).   I’m looking at ProPublica now, which focuses on non-profit journalism.    I’m in conversations with similarly minded Generation X’ers about specific actions we can take — more to come on that.     I'm not content to just sit by and let the world happen to me.

So for me, no, I won’t “Get over it.”  I’m getting to work on fighting back — actually taking actions that result in outcome.   I won’t be passive and allow a minority opinion — both less than a majority of Americans overall voted for Trump AND less than a majority of the vote of those who voted — change society in a way that I feel is destructive.    Don't think that the electoral college result is in any way a mandate -- it's not.

It may seem cliche to compare to Nazism — you may think this is overblown.   You may think I’m wrong — and here is hoping I am wrong.   Being wrong would be a wonderful outcome — being wrong means that the fight isn’t necessary, and that a President Trump will result in a stronger, safer world.   May you be right.

However, the evidence I see doesn’t line up with that — from a lack of any consideration of what diplomacy means to assembling a team of “rich people” with no evidence of understanding of the subject matter to advise him to what looks like intense conflicts of interest from a moral (if not legal) perspective, President Trump does NOT look like a leader who the insight and leadership to guide us.    And if I don't speak up, because it's "not me"... then shame on me.

He's President.  That's not being argued.  But to imply that one has to go along with everything he does -- that's missing the point entirely.  (And, if you are strongly Republican, that is hypocrisy to the extreme.  I direct you to Mitch McConnell whose policy was to block everything without consideration.  It was fine in 2008 but we should "get over it" now?  That argument has no legs.)

If you don’t like what you see, you can make your own decisions.  I will respect you for that, and will continue to engage with people I don’t agree with.   I will happily have a drink with you or break bread or share a laugh — that’s what good people do.  I will strive to be a good person and continue to be a well rounded person in life, engaging in multiple interests, not limited to one single topic.

If you don’t believe I deliver value or insight, you are welcome to select “Hide this kind of post” if you want to start trying to curate your feed.  You’re also welcome to “unfollow” me entirely if you think I don’t deliver any value.      My LinkedIn feed will be only business related, and my Twitter feed will include more shared articles, but none of them will be political.    If you want my opinions on things personal, both political and lifestyle, they will be on Facebook.    There will be all kinds of things on my Facebook feed, as it's mine to share the things I think are important. 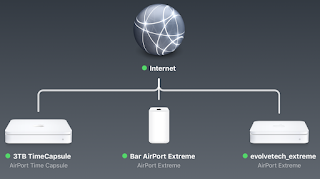 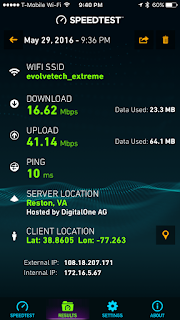 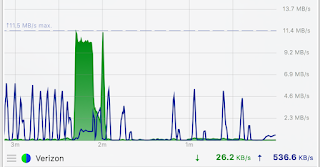