I've been working on my gaming setup for a while, and finally have it at a place I'm really pleased with things.   I thought I would take a bit of time to document it for those who may want to try their own hand at this. 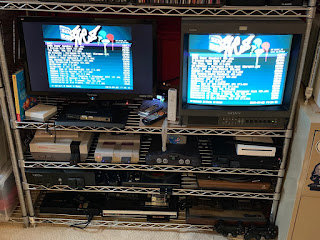 That gives me side-by-side SD and HD signals, both for playing and for reference.  Here you can see the signal from SD2SNES coming from the SNES displayed in real time on both.    I split the HD signal, and run a cable through the wall to the main system, going into input two on the back of the TV.  Thus, a simple input change in the main bar lets me get that full signal, and I can play what's coming from the HD upscaled signal on the 55" panel.  As I have wireless controllers too for a lot of systems, retro gaming can be done on most of the TVs. 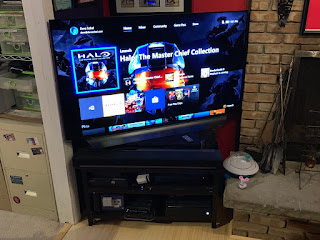 Back in my office, I have a shelf dedicated to the portable systems. 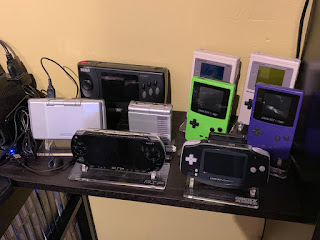 Just below that and to the left, I have the NES/SNES collection of games. 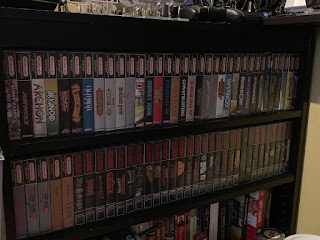 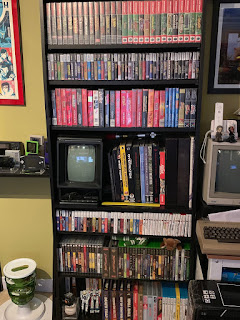 There's a shelf in the bar that handles the Xbox 360, Xbox One, PS1, PS2, PS3, PS4, GameCube, Wii and Wii U games.  Everything has a case.  The NES, SNES, N64 and Genesis games all are in Universal Game Cases, and I replaced the CD cases for the PS1 with DVD style cases.  Covers come from The Cover Project, and the UPS store has been nice enough to print everything. 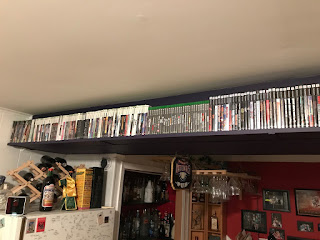 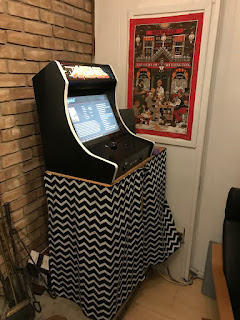