I let my geek flag fly a bit this weekend.    My birthday was Thursday of last week, and Sharon indulged me by letting me pick the plans for the weekend, and so running the Electric Run at National Harbor on Friday made the list, and going up to Baltimore Comic Con was the plan for the weekend, mostly Saturday with a bit of overflow to Sunday.

I've been reading comics since I was 10.   I actually have every book I've ever bought (or been given), and my first two comic books were gifts from my sister to read on the day we moved to London.   (For fellow nerds, I actually remember the two issues… GI Joe Number 10 and Transformers Number 5, and yes, I have them both). 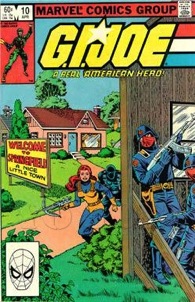 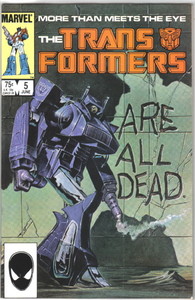 I've been buying comics a very long time.   I'm not going to focus on the con as much as some thoughts on comic purchasing as it's changed, and how I think it should consider moving forward.

I've almost always bought my comics from small local dealers.   When we lived in the UK, I either bought my comics from the "Stars and Stripes", which were the bookstores on US bases that imported books, magazines and comics, or I went into London proper and visited Forbidden Planet, where I would buy my comics and fill in back issues.  When we moved back the the US, I switched to using comic shops in the US.  When I went to college, I actually took about three years off from collecting, and about my senior year of college, started back up again, and to this day, I have the same comic book shop that I use, ordering from "The Comic Cubicle" in Williamsburg, where my books get shipped up on a monthly basis.

Most of my friends that I know that read comic books also still go to comic book shops to buy comics.  (It does make you wonder how kids today would get into comics at all, but I stopped into a Toys R Us today, and discovered a section of well placed comic books right in the middle of the action figures, so I guess that's how you'd buy them now).    For most, at some point if you start trying to collect comic books on a regular basis, you'll find a comic shop.

This is important as I think about digital comics.   I will say, I love the idea of digital comics.  I love the idea of having copies of anything that I read available on my iPad when I want it.    Like most, I've switched to this for music a while ago, with all my music long having been digitized, and thus available all over my house and on all my devices.   I've started switching all my media purchases to the same model, forgoing Blu-Ray in favor of HD downloads, wanting to have my media available in all the ways I might consume it.  In response, I've seen the new "Combo Packs" come out, where Blu-Ray, DVD, and digital download are bundled together.  Perfect.

Even my books are moving this way.  I'm very pleased at Amazon's recent announcements of Kindle Matchbook, where Amazon is going to make available books I've previously purchased either for free or for a small fee.   This is ideal -- I don't like rebuying things, and so it's fantastic that I don't have to.

And thus, we get brought to comics.    Comics are in desperate need of a solution here.    Marvel has tried to offer codes in each comic, where you can peel back a sticker and enter a code and download the issue.   This has two flaws -- first, I don't want to have to sit and enter a code for each of a stack of comics, and second, it's not all publishers, so this would help with my Marvel books, but not my DC, Dynamite, or independent publishers.

Borrowing a bit from my own industry, that makes me think about distribution.   Amazon and iTunes both have latched onto being a distributor.   In IT, we have the same model, and many cloud services are being delivered the same way.   So it seems, in a world where comic dealers are looking for ways to be more "relevant", it seems like using the dealers as a way to sell me this service would be rather simple.

I have a "subscription box" at my dealer now.   He knows what I purchase, and tracks it for me.  It could easily be part of the service for  comic dealers to add the digital portion to (for example) my Comixology account, and make those issues I purchase available for me. I'd even pay for this -- it could be a per issue charge, or it could be a "subscription" service on a monthly basis.

I'm not sure about the older issues -- this seems like an area of opportunity to explore.   With this many years of backissues in my collection, paying for each one isn't likely to happen -- but it would be nice to have a way to purchase some at "less than cover" prices.  I've seen classic issues going for near retail pricing online, and that's just not going to happen.

Digital comics are great -- but unlike my other music and movies, I actually want this to follow more like what Amazon is doing.  I want BOTH a physical and a digital copy…. but I don't want to pay full price twice for the same content.  This has to be doable.

Email ThisBlogThis!Share to TwitterShare to FacebookShare to Pinterest
Labels: Geek